History of MCJ (our Alma Mater)

1) Military College Jhelum (MCJ) is the oldest military institution of its kind in Pakistan. It is an English medium institution, running classes from VIII to XII. It is located on the Grand Trunk (GT) Road, beside the town of Sarai Alamgir. The campus is spread over about 170 acres of area. It was founded by Prince of Wales, Prince Edward VIII, at Sarai Alamgir on 3rd March 1922 and named as King George Royal Indian Military School (KGRIMS). It started functioning on 15th September 1925, as a residential school for the sons of soldiers. During the World War II, the school was upgraded to the status of college as King George Royal Indian Military College in 1943 for training potential officers for the Army.

3) The Alumni of the College have performed extremely well all along, both in peace and war. The College Roll of Honour radiates with the names of 40xshaheed, 1xNishan-e-Haider (Major Muhammad Akram Shaheed), a number of Nishan-e-Imtiaz(M), Hilal-e-Imtiaz(M), Military Cross/Sitara-i-Jurrat, Sitara-e-Basalat, Sitara-e-Imtiaz(M), Tamgha-i-Jurrat, Tamgh-i-Shujaat, Tamgha-i-Imtiaz(M), and Imtiazi Asnad. List of the distinguished Alamgirians includes Governors, ministers, Chairman Joint Chief of Staff Committee, Chief of Army Staff, Chief of Air Staff, Chief of Naval Staff, Vice Chief of Army Staff, Chairman NAB, VC of universities, ambassadors, over 77 general officers, more than 300 brigadiers, above 2500 colonels / lieutenant colonels/majors and large number of highly placed officers both in the civil and military establishments. The performance of the Alamgirians at Pakistan Military Academy is also commendable; 38 Alamgirians have won the distinguished Sword of Honour/ Norman Gold medal. 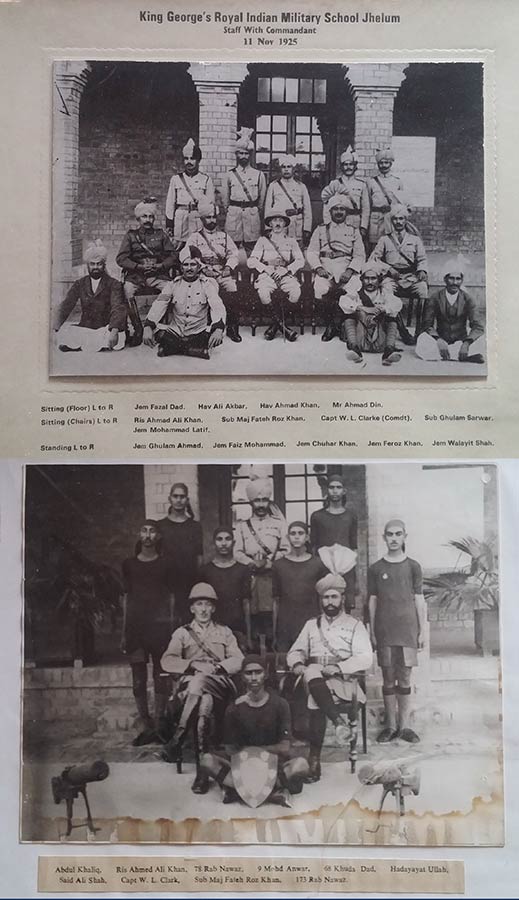